This recipe is from Paul Kirk, the “Baron of BBQ.”  This was our first time ever having pork chops that were smoked, and the result was to-die-for.  Explosive smoke flavor, outrageously moist – you’ll want to have them again and again.

Meat fresh from the butcher is the way to go.

Marinade:
Combine ingredients in a bowl and mix well.  Put the chops into a large Pyrex dish or a Zip-Lock, cover with marinade, turn to coat, and let sit 2-3 hours or over night, turning occassionally.

Note:  I didn’t have apple juice, so I just used apple cider vinegar, in a smaller quantity.  Seemed fine. 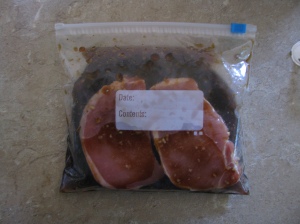 Chops and marinade, ready to go.

When you’re ready to cook, a few things happen at once.  First, prepare an indirect fire in the grill (I used a smoker box, but a charcoal grill set up for indirect would be fine, or just light one side of a gas grill.) 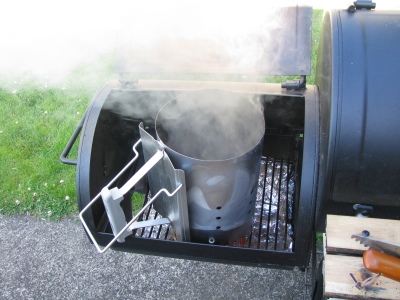 Second, remove the chops from the marinade.  Then transfer the marinade to a sauce pan and bring to a boil over med-high heat, simmer five minutes, then set aside.

Note:  the smoke flavor is a personal preference thing.  I used soaked wood chips, a mixture of 70/30 apple and hickory, adding more as necessary throughout.

Place the chops in the barbecue, cover, and smoke at 230-250 degrees for thirty to forty-five minutes, brushing frequently with reserved marinade (I found my temperatures dropped too quickly if I brushed any more than once every ten minutes, but I have kind of a tempermental [cheap] barbecue.) 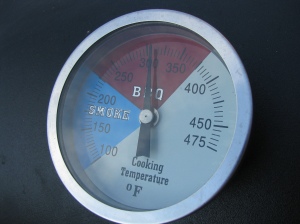 Have a good heat monitor. 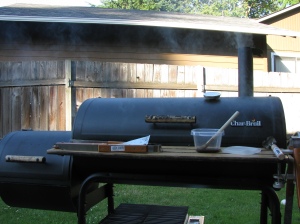 The aroma is sure to make neighbors envious.

After thirty to forty-five minutes, turn and continue to smoke, brushing with marinade (I used a new brush at this point, but that’s me) until no longer pink in the middle, another half hour or so, depending on your temperatures (they’ll be pink on the edge from the smoke, so use an instant-read thermometer if you’re unsure.)

When the chops are done, sprinkle them with grated ginger, and place a slice of Monterey and cheddar on each, cover and smoke until the cheese has melted, about two minutes.  Serve immediately, and enjoy.

Isn't that one of the most beautiful things you've ever seen?

We had such an amazing day, my menu for the evening was comfort food to reflect that wonderful day. We had a lovely breakfast out, took a long walk in the dog park with Sierra, went grocery shopping, cleaned up the front and back yards, and took a second walk around the neighborhood to take advantage of every drop of sunshine we could. Then we hurried inside so I could get cooking.

For dinner I decided on Italian Breaded Pork Chops. I’ve only made pork of any kind a couple of times, and never breaded so this was definitely new to me. As with every new dish I start, I make sure to give myself lots of time to muddle through the recipe. This dish is so easy, there was no muddling.

To start with, I modified the heck out of the recipe linked above. I used only 2 pork chops, and therefore half the other ingredients. You can make your own Italian breadcrumbs if you don’t have them by using regular breadcrumbs, or Panko, and adding about 1/4 tsp of each of the following spices: parsley flakes, garlic powder, onion powder, salt, sugar, plus a dash of oregano. The recipe calls for 1 1/2 cups of breadcrumbs-this is way too much and you will waste a ton of breading! For 2 chops use about 1/2 cup of breadcrumbs.  Use one egg and about 1 Tbsp of milk for dipping. After browning the garlic I set the cloves in a bowl and placed them on top of the browned chops before I put them in the oven. We never waste garlic in this house!

After browning the chops in the pan, I moved them to a warm casserole dish to continue cooking in a preheated oven. They cooked for about 15 minutes and were prefect-right at 160 degrees. To me, plain breaded pork chops sounded a little dry. So, I decided to make some red sauce to put on top. One small can of tomato sauce, oregano, basil, pepper, garlic powder to taste, and you have a pretty darn good marinara sauce. Usually I add a tsp of brown sugar (that idea came from by best friend-thanks Mel!) to tomato sauce, but laziness took over and the brown sugar didn’t make it out of the cupboard.  It was pretty good without it, though. The whole meal took maybe 30 minutes. Definitely a good one for nights when you don’t feel like going into a lot of prep.

Stay tuned for fudgy brownies. They’re in the oven now-if they taste half as good as they smell we may be up all night on a sugar high! 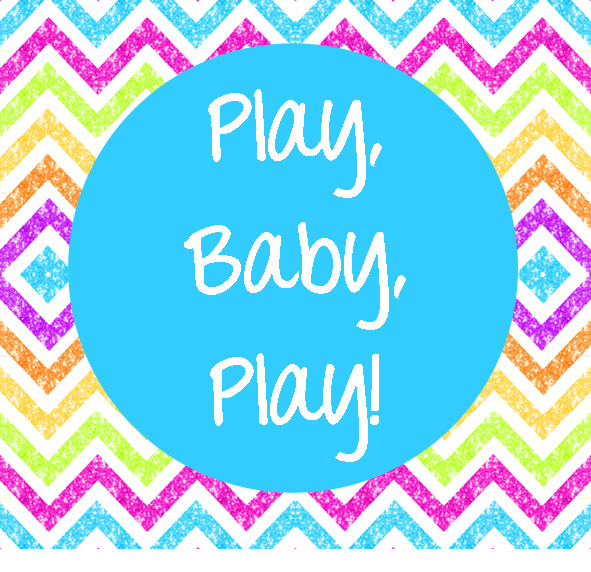